It is in the best interest of booksellers to promote the great benefits of books. Some of these are so obvious they hardly need mentioning: books tend to have information printed inside of them; they make excellent gifts; heavier ugly ones can serve in a pinch as doorstops or projectile weapons, and so on. But being the creatures of letters that we are, most scientific evidence has been, until recently, well outside our bailiwick. Fortunately, the Internet has put rigorously researched medical knowledge into the hands of those unqualified to judge its veracity, but well-qualified to wield it to their own ends. One such tidbit recently appeared on Yahoo Health, in a short article entitled “Pick Up a Book, Bulk Up Your Brain.” It claimed that reading books doesn’t simply increase one’s knowledge. Indeed, the article extols passion for the printed page as a “self defense class for your brain.” Scientists have always known that avid readers outperform their indolent counterparts on cognitive tests. But what they recently discovered is that people who read regularly have “extra brainpower to keep the mind rolling when brain cells are under attack.” This is known as a cognitive reserve; extra brain cells are set aside to be called upon when their employer is exposed to pollution and toxins. In a study of factory workers exposed to toxic substances like lead, big readers routinely showed no loss of cognitive function, while others tended to drool on the survey questions and occasionally attempted to eat the paper.

So kudos to the advances of authors, chapels of printers, and pies of typesetters who have contributed to the mental health of people everywhere. Advances? Chapels? Pies? What the heck is going on here? Has the author of this blog been exposed to too much lead and too few books? Hardly, my friends. These extraordinary collective nouns are the genuine article. They come from this week’s Affordable but Interesting item, An Exaltation of Larks, complied and written by noted playwright and actor James Lipton. Filled with engravings and over 1,000 venereal terms (yes, you read it right, that’s the actual word for collective nouns), this fine volume is guaranteed to provide hours of entertainment, ridiculously cool trivia, and a strengthened brain cell per word. Of course, we would never make such a scientific guarantee were it not backed by a discord of experts. Seriously – see page 182 of aforementioned book. And if you are worried about your finances because a foreclosure of bankers (pg. 250) has informed you that your account is running dry, fear not. It will run you a mere $7.50. 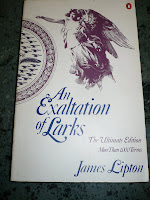 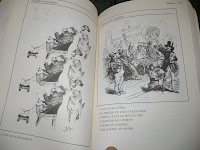 Perhaps some of you are skeptical. Perhaps you think Yahoo Health news is an unreliable source. Perhaps you suspect that the complex of psychoanalysts (pg. 172) responsible for this study is interested only in sensationalism. I don’t blame you. Doctrines of doctors (pg. 80) will claim that only the hard sciences can provide us with the objective basis necessary for assessing the veracity of otherwise sketchy studies, conducted by unreliable broods of researchers (pg. 182), whose results are as reliable as the interest groups that fund them. Therefore: this week’s Collectible item. Published in 1918, this beautifully bound French Manuel de Neurologie is chock full of the information you need to evaluate the information you want to believe. And for those who don’t speak French, there are lots of pictures of weird looking things, which appear to be the very cells that books are purported to strengthen. Dr. C. Winkler’s fact-filled phenomenon is a mere $75 – a low price to pay for certainty about one’s brain. 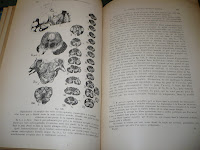 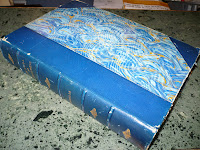 But all this science is making me feel a little woozy. What need is there to objectify the value of books? Why the insistence upon facts and figures, the constant justifications in terms of brainpower improved or information gained? According to the author of this week’s Favorite, Books and Men, it is because modern progress has made naïve belief and superstition into vices. Children “have ceased to read fairy stories, because they no longer believe in fairies; they find Hans Andersen silly, and the Arabian Nights stupid; and the very babies, ‘skeptics in long-coats,’ scorn you openly if you venture to hint at Santa Claus.” This is a disaster, says Agnes Repplier, in her beautiful and affordable ($12.50) 1896 treatise on the relationship between humans and the written word. Such books, she writes, free of facts but full of fancy, are “legitimate food for a child’s mind, nourish its imagination, inspire a healthy awe, and are death to that precocious pedantry which is the least pleasing trait that children are wont to manifest.” A displeasing trait in adults, as well, I might add. Agnes might have been aghast to hear us justify books according to brain cells created rather than worlds imagined. But we booksellers need to sell books, and so both approaches must be used. 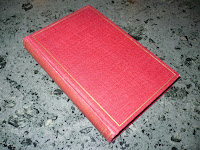 Well, there you have it. Fact or fiction? Either one will most likely be good for you and your squiggly gray friend upstairs.